Personal injury jury trial risk evaluation begins as a claim for personal injury is processed through the claim process with the insurance company.During this process a lawyer begins to evaluate the strengths and weaknesses of the claim. This process is mostly directed at finding accurate information about the claim – eyewitnesses, medical expenses, medical opinions and the like. When a claim matures to the point that all the relevant information is known a process of evaluation begins – what is the claim worth. Generally speaking a claim is worth what a jury will award the claimant.

Trying to figure out what six folks – the jury – will do seems so impossible that it is not worth the effort. After all we do not even know who the six jurors will be. Will they be young or old, conservative or liberal, employed or unemployed – it is just not known until the final six are in the jury box and the case begins. 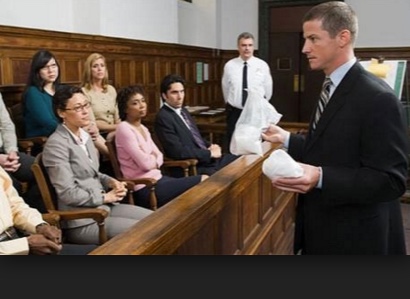 My quest for this type of knowledge began in 1967 , the year I graduated from law school, when I began clerking for Judge Ralph W. Powers and Judge J. Dudley Digges in the Circuit Court for Prince George’s County, Maryland.

Every trial lawyer wants to know what a jury might do in her next case – and a client desires to know to a greater extent.After clerking for Judge Powers and observing many jury trials I began to represent clients and actually try cases – some successfully and some not so successful. I was appointed as a Judge in 1982 and began trying cases in my courtroom. The Circuit Court for Prince George’s County had a very active settlement conference practice which I participated in – 5-7 conferences each day. Fortunately I had three much more experienced colleagues to guide me through this process – Judges McCullough, Blackwell and Levin. Every day at lunch we would discuss the day’s docket and I would ask them a thousand questions. Patiently, they would detail their collective experience.

Then in 1986 I began to record each verdict of our court – 13 judges( now 23) – several hundred verdicts each year. Over the years I have recorded over 5,000 verdicts and reported many of them to the bar.See Maryland Trial Verdicts.Very soon after I began this recording process it became very obvious that certain liability scenarios and personal Injuries were comprising the vast majority of the verdicts.

Because these various types were frequently occurring it became pretty obvious that there were patterns of results. The patterns then served as a guide when trying to figure out how to avoid losing a case by entering into a good settlement. In future posts I will go into some of those patterns in detail.

Good lawyering also becomes a material part of the evaluation process. I often tell lawyers asking my advice on lawyering skills that usually  a bad lawyer cannot screw up good facts/law and a good lawyer cannot rescue bad facts/law. All though the great lawyers occasionally break this rule of thumb.

Recently the Grandson of one of those great lawyers appeared in a settlement conference and I told him a story of his Grandfather that occurred while I was clerking for Judge Powers in 1967.His Grandfather was trying a premises liability case where there was no evidence of actual notice to the landlord of a dangerous condition that caused the plaintiff to fall and be injured. During the trial a great deal of time had been spent describing the circumstances surrounding the condition that caused the fall. Circumstances such as how long the liquid had been on the floor, how visible the liquid was, how many people passed the liquid before the fall. At the end of the plaintiffs case the defendant moved for a directed verdict on the grounds that there was no evidence that the landlord knew that the liquid was on the floor – there was no actual notice. Judge Powers was about to grant the defendant’s motion and the plaintiffs lawyer from Baltimore, Marvin Ellin, pleaded with Judge Powers that while the current law favored the defendant the correct law was that of constructive notice. It was late in the day and Mr Ellin pleaded with Judge Powers to give him the overnight recess to provide a legal memorandum supporting his position. Reluctantly, Judge Powers agreed.

When I got into the courthouse before 7 AM the next day Mr Ellin was there in the hallway waiting for the door to be open with his freshly typed 20 page memorandum. Judge Powers arrived shortly and when he returned to the courtroom the defendants motion was denied. Later in the day a $50,000 plus verdict was returned for the plaintiff. Now that is great lawyering. It was several years later that the Court of Appeals of Maryland ruled that the doctrine of constructive notice was applicable in premises liability cases. (Regretfully, Marvin Ellin recently passed away)

Upon his retirement in 1999 Judge Ahalt commenced a career as an ADR neutral and technology innovator.

Win Your Case in Court